Originally from western Pennsylvania, Stan played woodwinds in all of the musical groups through middle and high school. As every musician, he played in multiple small combos for local dances, parties and weddings and joined a Big Band to play the ballroom circuit from NYC to Chicago. Stan attended Indiana University of Pennsylvania majoring in Music Education with a minor in Psychology. During the Viet Nam conflict, he joined the Army as a musician. His 3-year tour of duty took him from Baltimore to the Panama Canal Zone as the writer/arranger for the Army Band in South America. Stan played multiple USO shows with recording artists throughout Central and South America. After the service Stan returned to the music world as a teacher and completed his Under Gradate and Graduate degrees in teaching. Changing professions to Information Technology, Stan moved to Charlotte and Raleigh and continued his musical career with the local talent in every city he relocated too. He has opened for musicians such as James Brown, The Coasters, The Skyliners and with multiple bands as well as arranged music for bands of all levels and musical tastes. Stan continues to play all styles of music and enjoys performing for audiences everywhere.

Leif is a native of California. Leif is one of the premier bass players in the area and one of the funkiest. He has performed in many bands most notably The Main Event, The Konnection Band, The Results, Time Machine, and Groove Pilot to name a few. Leif and his wife live in Cary, NC. 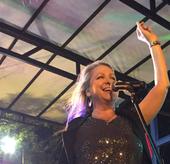 Let Central Park Band be the perfect choice for your next party or event.

1982 - Now. Live, Energetic, Well-Versed & Professional...The Central Park Band is available for hire across the east coast. The band offers live classic rock, current pop and dance covers from decades, funk, beach, country & a quality sound system, specialized lighting, fog machine and carries commercial general liability coverage. Friendly and professional the band loves to see you party and as a courtesy to you, the band does not drink while performing. Let Central Park Band be the perfect choice for your next party or event. 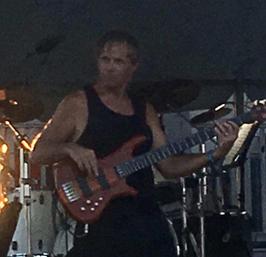 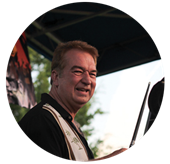 DRUMS, LEAD VOCALS
​George was born in Winston-Salem, NC, later moved to Cary, NC. He marched with the highly regarded Cary High School Band percussion section. He graduated with a Business Degree from Campbell University. George currently lives in Cary, NC and has been playing drums professionally and keeping the beat since the age of 15. Famous sayings "Gotta Love It!"

KEYBOARDS, Guitar
Jim started playing at the age of 17. He later joined The Central Park Band and was introduced to funk music, where he fell in love with the sound of a horn section. It became a passion to emulate the big horn sound, as well as all the nuances of the Hammond B3 sound, along with classic Rhodes and Clav sounds.  Jim plays keyboards/piano and guitar. His influences are Stevie Wonder, Jonathan Cain, Herbie Hancock, Bela Flek, Victor Wooten and Doc Watson. Jim was born and raised in Durham.​

Mark is a native of Raleigh, NC. He has one of those rare high voices, yet also can sing in a lower register, as well as adding percussion accompaniment to the live music. He has performed with the Time Machine Band, Bailey's Comet, as well as The Little Big Band, and also guest appearances with other local bands. 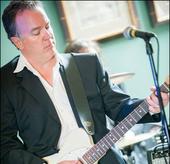 LEAD VOCALS, KEYBOARD
Heather Bailey  has lived in this area for over 20 years performing in some of the best bands around such as Central Park,Sleeping Booty, Time Machine, and Bailey's Comet. Heather has had the honor of sharing the stage with such acts as Earth Wind and Fire, Chicago, Parliament Funkadelic, B-52's, Rick Derringer, Molly Hatchet and many more. Before Heather moved to Raleigh she worked the music circuit in Miami with well known musicians such as Expose', Brenda K Star, Natalie Cole,Gregg Alman, Victor Wooten and she traveled the world playing various instruments and singing. After touring for more than 8 years she settled in the Raleigh area. She still loves performing, teaching, and doing studio work.

​Hailing from the same hometown as local favorites Nantucket, Sean grew up on a steady diet of rock and southern rock. However, once he heard another group out of Atlanta–Mother’s Finest, he realized that rock could funk too. Picking it up at age 15, he tried to learn everything he could about rock and funk guitar. After forming various bands in his hometown, he moved to Raleigh and continued to play. He has played in a variety of local bands including Stateside, WhiteFly and Time Machine and is a founding member of both Sleeping Booty and Bailey’s Comet. He continues to rock and funk with CPB and loves to bring it to every show he plays, no matter what the event. 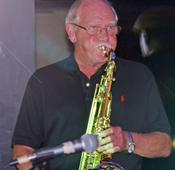 Transportation on that special day, Limos in Raleigh

Duke has played professionally since the age of 13. He has played with various groups including The Dupree's (Doo-Wop), Tito Puente, and Gentle Ben  in Brooklyn NY. Duke also worked with  Infernos (Show Band) Nat Morell, (BIg Band Brooklyn NY) Skyliners. Duke also had the honor of being a backup player for The Temptations, 4Tops, and Mel Torme.